There was a great deal about London that seemed appropriately Dickensian during our visit at the end of what has, in many ways, been a very bleak year. From the mostly overcast skies to the soot-stained buildings, or from the modern-day artful dodgers popping wheelies or skateboarding in the streets to the many homeless people as hopeless  street urchins, we were easily transported to the streets of Oliver Twist’s London.

London is a very big, very busy, rather dirty city. Moving through the bustling streets and remembering to look right was rather daunting at times. A ride in a cab is a tolerance test of roller-coaster proportions. I and my travel buddies, Betty and Edith, thought we were so lucky to score front-row upper-level bus seats. The views were awesome but we also had a front seat to the many near-misses between  bus and pedestrians, bikers , cabs, etc. We said thank you to sweet baby Jesus many times and finally got off said bus in serious need of a cocktail!

London is a city of extreme diversity.  We heard so many languages spoken and we saw people from all walks of life. They were without fail courteous and friendly in a reserved British way. We saw some beautiful little side streets and some posh neighborhoods. Everything was still decorated for the holidays, people were still in holiday spirit and out enjoying the relatively balmy weather. The streets and shops were festooned with beautiful light displays and, of course everything was on sale!

The architecture of London tells the story of England and indeed of much of the world. They range from the neo-classical Buckingham Palace and the ornate Baroque entries and outer grandeur to the relatively simple Georgian style of many of the buildings. It  also includes the ultra-modern Shard and other sky-scrapers on the south side of the Thames in the business district.

The Gothic wonder that is Westminster Abbey, first opened in 1090, is truly description-defying and more than any other single structure embodies the history of England. There are over 3000 tombs beneath its floors, including the remains of 29 kings and queens, Henry VIII among them. The remains of Mary I and Elizabeth I ( enemies in life) are entombed together with the inscription “Here we lie, 2 sisters in hope of one resurrection.”. The fan-vaulted intricately carved stone ceiling in the Lady Chapel is a wonder to behold! The Abbey has been the site of 17 royal weddings and every coronation since 1308. Whew! It was all really over-whelming so time to rest and replenish with high tea in the Abbey cafe including Prosecco of course!

London is full of incredibly beautiful and diverse museums and thanks largely to  Prince Albert, they’re free. We became so immersed in, not just British history but world history every day. Dig back into the memory banks ( which most of us need to do unless you’re a history nerd like Betty) and you’ll recall that GB was once a great empire that ruled much of the world. You may also recall that they were brutal and merciless in their sense of superiority and entitlement and they didn’t hesitate to take what they wanted to enrich their gilded lives.  The museums house some of the rarest artifacts in the world including the Rosetta stone and the beautiful statuary known as the Elgin marbles taken from the Parthenon. Many might think that these artifacts don’t belong to GB, but of course the Brits would argue that they were rescued from certain destruction. One could spend days in the museums and they were very busy during the holiday but worth the time.

By far the most enjoyable experiences were places that featured a tour guide who was good at conveying the history in an entertaining way. English history is full of drama, murder, treason and scandal. The Tower of London which houses the crown jewels and was a prison for  many traitors and criminals is enhanced with a tour by one of the Beefeaters.  Their dramatic narratives of the treason and betrayal,  and the many beheadings, within the tower walls will have you enthralled.

Our tour of Kensington Palace was really brought to life by our narrator’s description of palace life and stories of the Monarchs who lived there. It was especially moving to stand in the room where all 4 ft 11 in 18-year-old Victoria, in her gown and dressing robe, received her privy council after ascending to the throne following her uncle’s death. The palace featured  many of Victoria and Albert’s personal items as well as a display of some of Diana’s most famous gowns.

Our visit to London included a day trip with a tour group to Windsor Castle, Stonehenge and Bath. It was really too much to pack into 1 day but good to be able to check those places off, esp. Stonehenge. I would go back to Windsor to enjoy the quaint village without the constrictions of a tour. The castle was interesting in that it is the Queen’s primary residence so most of the staterooms are used today.

Without a doubt our most moving, enriching and enjoyable experiences were the 2 classical concerts and the incredible musical Phantom of the Opera that we attended. The performance of Phantom, in its 32nd year at Her Majesty’s Theatre was truly mesmerizing! Both concerts were held in St, Martin in the Fields, a beautiful 18th century Anglican Church that just happens to be where Handel’s Messiah was first performed. The first was a wonderful classical piano concert. The second was a violin orchestra performance that ended with Vivaldi’s Four Seasons. Imagine this, 18th century violin pieces played in an 18th century church and on instruments made in the 18th century! It was incredible.

Of course,  food and wine is always an important part of any trip. That said London is not Paris and we stopped to eat when we were hungry and chose out of convenience most of the time. We did have some good food, the wine was cheap and the ciders and ales were delicious. We ate good pub food most of the time including steak and ale pie and fish and chips (not as good as in Ireland). We had a very good Italian dinner after the theater.We had high tea in Westminster Abbey and we drank a Lot of tea. We ate traditional English breakfast twice ( this includes eggs, sausage, potatoes, tomatoes, mushrooms and baked beans!) The most interesting cafe was located in the Crypt below St Martin in the Fields. There are beautiful brick Gothic arches above and stone markers over the tombs below. People are buried in tombs under church floors all over England!

We were really so lucky in many ways on this trip. We managed to navigate our way through the very busy streets (even without Melanie’s superior sense of direction). We remembered to look right (thank you sweet baby Jesus), and the weather was mostly tolerable with temps mostly in the 40’s (warmer than Tally) and lots of drizzle but little real rain. Any trip is only as good as the company and I love my girlfriends who are so easy to travel with!

Looking back I have a renewed appreciation for theater and classical music and I hope to cultivate that more. I have a deeper understanding of the very dramatic history of Great Britain. It is difficult not to compare much of their sense of privilege and greed and the decadence and opulence of their lifestyle to much of today’s greedy wealthy class. However, I choose to trust that we have learned the lessons of history and we will act accordingly (eventually). Reflecting on all the marvelous creations of people through the ages, I choose to have faith in the goodness and ingenuity of humanity and in humankind’s ability to create solutions and innovation.

Lift your face (and your glass)! Cindy 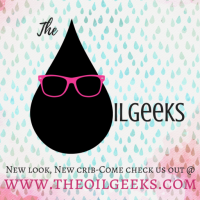 Follow Lyf Journeys on WordPress.com
Happiness and Its Constituents

The rules don't apply to me

The Oil Geeks
Adventures in Getting Healthy

Finding My Me Again

A daily selection of the best content published on WordPress, collected for you by humans who love to read.

The Art and Craft of Blogging

The latest news on WordPress.com and the WordPress community.